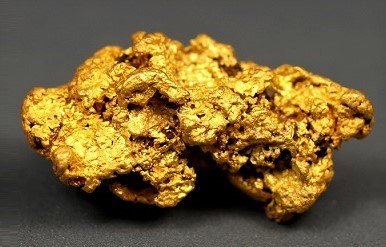 On the Road Scholar program, Panama Canal Adventure: Exploring Mexico, Nicaragua, Guatemala & Costa Rica, I’ll be talking about something that  all Americans together.  For all Americans that one thing is gold.  It was the insatiable appetite for gold that brought the Spanish explorers and conquistadors, spawned the California Gold Rush, helped create the Panama Railroad, heightened settlement in the Western US territories, and indirectly led to the creation of the Panama Canal.

When Columbus first arrived on what is today the Isthmus of Panama, he went ashore and traded cheap tin bells to the local Indigenous in return for their ornaments of solid gold.  It was the search for MORE gold that led Balboa across the Isthmus to, along with Pizarro, beomce the first Europeans to lay eyes on what they called the “South Sea,” later to be renamed “the Pacific” by Magellan.  Pizarro would go on to conquer and settle Peru, seizing not just more gold, but incredible amounts of silver, gems, and hardwoods as well.

In 1518 Diego Velázquez, Governor of New Spain, sent Hernan Cortes on an expedition to Mexico.  Cortes sailed from Havana and put into the tiny fishing village of Casilda where he recruited troops the conquest of Mexico.  Through brute force, along with a healthy   dose of deceit, Cortes he managed to defeat the Aztec Emperor Moctezuma and in just three year Cortes and his 500 men had conquered Mexico.

The Spanish of course came with three purposes in mind: first, to spread Christianity, even at the point of the sword; and second, to loot as much treasure as possible; and third, to claim everything and anything, seen and unseen for the Spanish Crown.  To achieve their goals they were prepared to destroy anything and anyone who stood in their way.  The Indigenous people they supposedly came to “save” were not just treated cruelly, but often sadistically.  Bartolome de las Casas, was a chaplain to the conquistadors who repented of his actions and became a Dominican friar.  He was so appalled by the Spanish cruelty that he wrote A Short Account of the Destruction of the Indies  and Sent to Phillip II of Spain 1552.  The  Apologetica Historia was published in part 40 years after his death and the full text not until 1909.

Antigua, Guatemala was one of the most important cities in the Spanish Empire in the New World in charge of everything from Chiapas, Mexico to Colombia, which of course then included what is today’s Panama.  Guatemala had an additional treasure, some of the finest green jade in the world.

The Spanish looked on Costa Rica as a worthless, backwater colony, with no large Indigenous group to enslave, so they focused elsewhere.  From Mexico all the way through Central and South America these were highly skilled goldsmiths who created incredible work of art.  All the Spanish were interested in was the gold, so all of the Indigenous masterful gold works were melted down to be shipped in ingots to Spain.  Some of those that remain are wonderfully preserved and displayed in the Costa Rica National Museum in San Jose. The other great gold display is at the Gold Museum just off Bolivar Square in Cartagena, Colombia.

The greatest cache of Pre-Columbian gold in Panama was discovered when a river changed course and in doing so  disturbed a previously unknown Pre-Columbian burial site.  Suddenly incredible works of gold art began poking through the river banks.  Archeologists from the Peabody Museum of the University of Pennsylvania were called in to excavate what has been dubbed “The River of God.”  The incredible gold work has been carbon dated to AD 450–900.

As the Conquest progressed, Spain faced the challenge of taking all that loot back home.  Gold, silver and gems from Central America. Peru, and Colombia, made Panama City “the richest city in the world.”  From Panama City the loot was taken across the Isthmus by mule trains, sometimes 100-150 animals long, to be stored in Portobelo to await the arrival of the Spanish treasure fleet. It was the inconvenience of this transit that led to Charles V, the Holy Roman Emperor, a/k/a Charles I, King of Spain, in 1534 to send a survey party to design the route for a canal across the Isthmus in order to to provide a more efficient and seamless operation.

Eventually Veracruz, Mexico; Cartagena, Colombia and  Isla Margarita, Venezuela (for pearls) would become stops on the route of the Spanish treasure fleet.  Naturally the other major world powers of the day, France, Holland, Britain, looked enviously at Spain’s position in the New World, nicknamed “The Spanish Main,” because they wanted a piece of the pie as well.  At times there were outright attacks, but much of the time pirates, thieves, and privateers, sanctioned thieves, we used to nip at the Spanish heels.  The Spanish Treasure Fleet was a lucrative target for the pirates and privateers.   So Havana, Cuba and San Juan, Puerto Rico became vital stopping points for the treasure ships to reprovision before hopping on the Gulf Stream, a kind of 101 freeway back to Spain.  So in both Havana and San Juan you have these magnificent El Morro forts designed to provide safe harbor for the Spanish shipping.  And Havana, by virtue of its position in the Caribbean, was the “key” to the entire region.  One of the symbols on the coat of arms of Havana is an old-fashioned gold key. 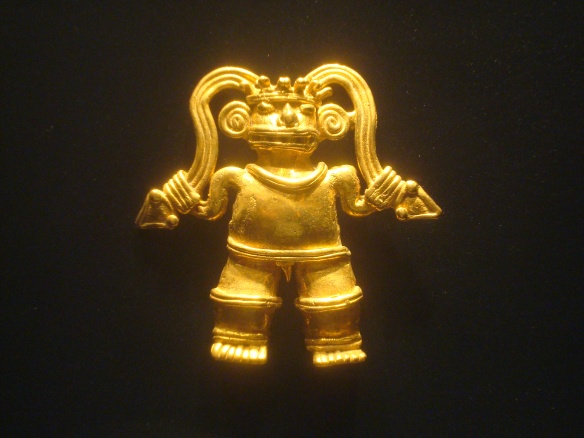 I’ll be discussing all this with my small group of Road Scholars on the VEENDAM as we make our way from San Diego to Fort Lauderdale, visiting Mexico, Nicaragua, Guatemala, Costa Rica, Panama and Colombia.  One of the things I love about this kind of itinerary is the way the histories intertwine with one another and we can talk about how all of this connects together.   Here we have an underlying golden thread that binds the history of this entire region together.