In the three months since we left Panama and moved back to the States we’ve done a lot of reflection on our 18 years living in Panama. We have some wonderful memories! We miss many of the friends we made, other expats and what I would call salt-of-the-earth Panamanians, folks who are genuine, honest, hard-working, the exact opposite of the corrupt politicians, lawyers, and hustlers. We miss the sunshine, the 12-hour days and nights year-round, the warmth (not just of the people but the climate as well), the rainbows and coffee. Yes, there is a lot we don’t miss as well. We haven’t had a single power outage – in three months! The Internet is dependable. We have a great choice of stores and stuff to buy, although occasionally some shelves are empty either due to Covid (the all-purpose excuse for everything) or “supply chain issues.” Last week my wife was searching at Safeway for for chicken and there was none! Chicken!!! “There is a shortage of chicken.” Imagine, a shortage of chicken in the home of the brave and land of the free. Maybe the Super Bowl had produced a run on chicken wings. Stranger stuff happens.

But what we miss the least, correction … what we don’t miss and what in part drove us out of Panama was the corruption. It starts at the top (and not just the President because as we know Presidents can be dishonest crooks in any country), but politicians, lawyers, judges, hangers-on, political appointees from the top down to the local level, can be thieves and crooks. Not everyone, but since corruption like shit runs downhill, most folks get smeared. No one seems to be immune, even folks you think would have some shred of integrity. Folks who thump their Bibles and are even religions “leaders” in the end turn out to be just like everyone else. 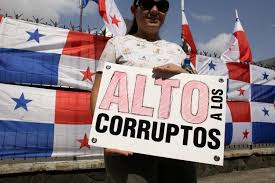 One thing I learned in Panama was this: you can trust people until you can’t. Unfortunately that has been our experience. Now we have some good friends, neighbors, friends, folks who’ve worked for and with us, whom we love and care and cared for. My biggest fear leaving Panama was that some of these folks would suddenly turn on us, but they didn’t. They have hearts and souls of gold. They are good people who somehow manage to hang onto their integrity.

And it’s not just Panama: it is a Latin American thing. A town puts in new roads, or a water or sewer system. A contract is awarded to someone’s friend who manages to cut corners to pad their own pocket book and pay off the politicians. Sure it may be “illegal” but that’s hard to prove in a country which really doesn’t have much by way of law or integrity. If it goes to court good luck. Panama does not have a system based on English common law or case law so a judge ends up making decisions and whoever pays the judge the most wins. Sure, some of these judges do get nailed and even a number of Supreme Court judges end up behind bars.

About those town improvement projects … eventually the cheaper materials start to fail, problems develop, and another contract is awarded to someone with the right political “connections” who will cut different corners to make payoffs, and it goes on and on and on.

All of which brings me to this article which appeared in Newroom Panama reprinted from LA PRENSA:

“For the second day in a row, the political community and control institutions remain silent on the issue of a farm in Boquete and the house that was built on it, whose ownership is attributed to the deputy president of the PRD, Benicio Robinson. It seems that nobody wants to mess with the Bocatoreño deputy or simply indifference has reached unsuspected levels.

Things being like this, the country is adrift, with leaders subjected by their own cowardice and/or complicity. The hope of a change in the leadership of the State is lost. Instead, Panama begins to look like a tax haven no longer, that has passed to the shelf of children’s stories. Paradise now belongs to political crime, impunity, even drug activity, whose tentacles have reached the government. Little by little we are approaching the point of no return, that is, by the time there is a serious reaction to everything that is happening, the country and its institutions of control, justice and government will be under the control of mafias that will not back down.  The first signs are already in sight, and fear is one of its many symptoms. It is a humiliation to have to share the country with these foxes and these sheep. LA PRENSA, Mar 9.

And please don’t believe that you can move to Panama, live as an expat, and somehow escape being smeared with this sh**. It is pervasive, and not just for the ultra-rich and their “Panama Papers.”