Once agaub we are facing “times that try men’s souls” … and their patience. Countries all over the world are struggling with Coronavirus, some large, and some small, like Panama with only about 4 million people.

Panama’s first case was March 10th and it now has 200 cases. So the country has taken drastic steps to slow the pandemic. Most things are closed, except …

Thankfully, something remains normal. The Canal is OPEN FOR BUSINESS. Sure there are no cruise ships, but cruise ships have never been a major portion of Canal traffic. 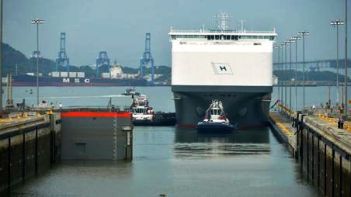 According to PANAMA NEWS, “”The maritime sector is calm and working in order, providing confidence and transmitting tranquility to our customers,” says the president of the Panama Maritime Chamber (CMP), Nicolás Vukelja. Vukelja,

The maritime sector, including the Panama Canal, represents approximately a third of the country’s gross domestic product (GDP) and generates more than 100,000 direct and indirect jobs, according to the CMP.

“It continues with its work and services in an orderly manner and abiding by the health and hygiene standards established by the Ministry of Health,” he added. The ships are supplied with food, water, and other products, services that are developed by the boats in the docks, repair services, tugs, maintenance, inspection, fuel supply and other services are still supplied

Among the security measures to protect the health of employees in the maritime sector from coronavirus, direct contact with the crew of ships arriving in the country is avoided, and only ships approved by the maritime authorities are served.

To offer their services, the personnel of the maritime companies use masks, gloves, alcohol gel, in addition to putting into practice other recommendations such as maintaining the recommended distance between people.

In the Panama Canal, where until last week there was a queue of more than 100 ships waiting to transit, the waiting time has been reduced from ten days to between four and five days, the entity reported. 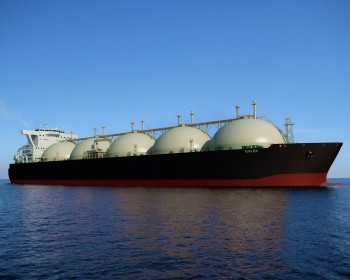 To transit by sea, a ship is required to report its conditions on board through the Single Maritime Window of Panama (VUMPA). In case of non-compliance or giving false information, it is subject to penalties and restrictions.

The ship must report to the Ministry of Health when there are changes in the crew of the ships in the last 14 days and that they come from ports in countries where Covid-19 cases have been reported.

According to the Panama Canal Authority, ships confirm through a form previously completed in the VUMPA with the 9 questions included in the Maritime Health Declaration. In order not to interrupt the maritime services provided canal.”

OK, English translations from Spanish sometimes read a little wonky, but you get the gist … the Canal is still open for business and making money big time.

But the rest of the country is pretty much closed.

When stay at home restrictions were first announced and non-essential businesses were closed, Panamanians did the sensible thing … they went to the beach!  Not exactly the idea.  So the government has imposed so-called “Sanitary Fences” closing all beaches,  even the little beach on the river on the way to David, off limits for all.  “Closed” means closed.  There is a 9 pm to 5 am curfew.  All businesses and stores are closed except for certain exemptions like food stores, pharmacies, hardware stores, bakeries and the like. In Chiriqui state, where I live, all alcoholic beverage sales are banned.  Lottery ticket sales are banned.  (Tickets are sold by lottery ticket sellers on the street in usualy very social encounters.)  Grocery stores are only open 7am to 7pm and only a limited number of customers are allowed inside at any time.  You must wait in lines, hopefully maintaining appropriate social distances.  Group gatherings, including churches, are banned.  Non-essential travel is forbidden.  The Indigenous comarca areas are off limits.  People are urged to maintain social distances and avoid even large family gtherings.  Temperate check points can be put into effect. 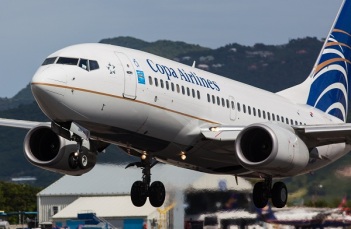 All travel in and out of Panama is banned, except, at least for the moment, people who are changing planes in Tocumen International Airport, but they cannot leave special secure areas.  Copa Airlines, Panama’s huge domestic and International Airline and the primary carrier that makes Tocumen the “Hub of the Americas” will suspend operations tomorrow, March 22 until April 22.

The government hopes to be able to limit the spread of the coronavirus pandemic in Panama although it realistically expects that it will take a while beofre the epidemic peaks and is making plans to be able to treat all those who become infected. 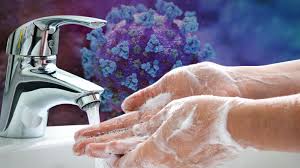 Please … stay well!  We are all in this together.