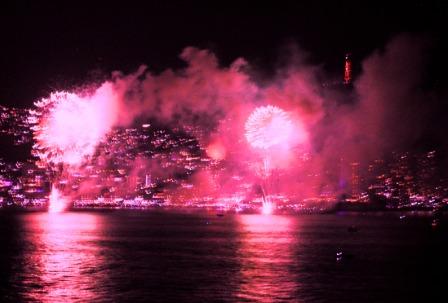 I have been away from my blog for a while, and I’m sure you will understand why in a moment. The final quarter of 2017 has been incredibly busy, four different cruise lines and four different ships, all over the US, Canada, Caribbean, an Central America. Now we are headed for LA and a few days of vacation with family and friends before heading home to Panama for at least a few weeks! Thanks to several dear friends in Boquete who’ve looked after our farm and dogs and made it possible for Nikki to join me for at least part of this adventure. It’s wonderful to have a retirement job that lets me see the world, and get paid for it, but it’s also nice to have the opportunity to get back home, sit in my own spa, and watch the coffee grow.

Last night, New Year’s Eve sitting in Acapulco Harbor, along with Nikki, on the beautiful SILVER WHISPER and watching the whole harbor explode with one of the most phenomenal fireworks display I’ve ever seen! 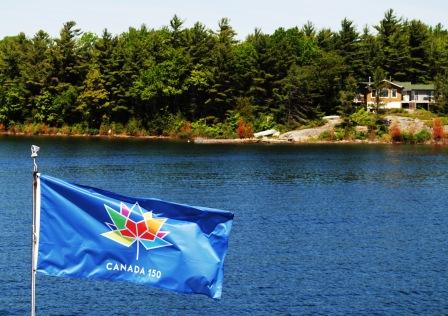 The quarter started in Canada/New England on PEARL MIST for a fall foliage cruise, which, as they say was “Fabulouse!” Then I had ten days between cruises, so they flew me out to Spokane, WA to join the QUEEN OF THE WEST on the Columbia/Snake River Cruise. This was fun since I had to really bone up on the Corps of Discovery and Lewis & Clark. Something I’d always wanted to study, but never quite had the time. The Columbia/Snake River is not only fascinating because of the Lewis & Clark Expedition, but also because it is one of the most amazing geographical areas in the US. Then it was back to Canada/New England for the final display of fall color and, thanks to our good friend Jackie Cho, Nikki was able to come along. 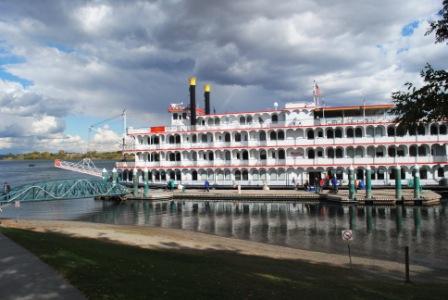 Pear Cruises deadheads the PEARL MIST down the Eastern coast to position it in Fort Lauderdale for it’s Cuba run, so I had 10 days to kill. Originally, I planned to see my kids on the West Coast and do exciting things like get a colonoscopy. But I got a last-minute request from Princess to take CARIBBEAN PRINCESS through the new Agua Clara Locks on the Panama Canal. It was the first trip for CARIBBEAN PRINCESS into the Canal since the ship is eight feet too wide to get through the historic locks. You may be able to cinch the clothes you wore on your last cruise enough to make it through this cruise, but you can’t just cinch up a ship eight inches. So not only was it the CARIBBEAN PRINCESS’ first cruise into the Canal, but it became the largest cruise ship ever to enter the Canal. We had a great Captain who gave me full run of the Bridge, which unfortunately doesn’t always happen on Princess. The new locks are interesting, massive, and very efficient, but, frankly, not as exciting as the historic Panama Canal locks. The Captain summed it up, “On the historic locks I’ve got inches to spare … here I’ve 30 feet!” But it was a busy day. 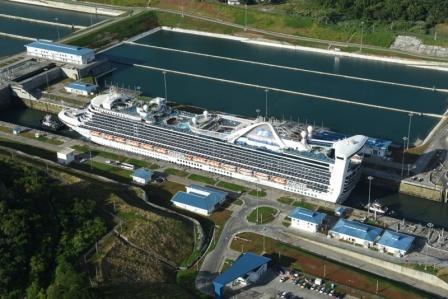 We had the media director for Carnival Corp on board and two filming crews for TV shows that were featuring the Canal cruise. I got to do two, “two-minute” walk-on performances as the “Panama Expert” each of which, unfortunately, took about an hour and a half to set up, rehearse, film and re-film. As far as I could tell every retake was exactly like the last retake. As one of the TV hosts told me, “It’s a job. Better than being a waiter in LA.”

Then it was back to Ft Lauderdale and back to PEARL MIST to begin two months of our Cuba run and I was happy to have my daughter, Rebecca, along with me on one of the trips. I love Cuba! It is scenic, the people are warm, open, and wonderful and anxious to have US Americans visit. They had a brief gasp when they thought Trump would pull the plug entirely, but all he did was add a new level of bureaucratic paperwork and regulations. And I thought this was the guy who promised less regulation and bureaucracy. O well, governments are governments, both ours and theirs, both at times nuts, and sometimes just getting in the way of people-to-people interactions. We’ve had great trips to Cuba and believe me, NOW IS THE TIME TO GO before Cuba is fully “discovered” and the ports are filled with giant cruise ships. And the people-to-people educational trips, all fully sanctioned by the new Trump US Treasury Department regime, are the best way to visit Cuba. And a small ship is the way to go! 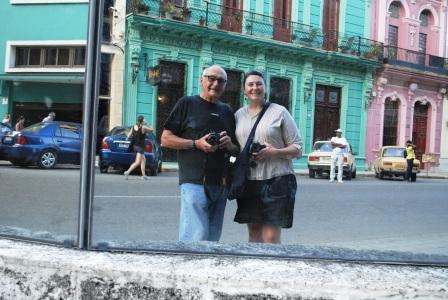 This was an interesting trip to pack for …. Cold weather clothes for the fall foliage cruises, and hot weather clothes for Cuba. Fortunately, I’d also thrown in my blue suit, so when Silversea asked me to do the Christmas/New Year’s cruise on SILVER WHISPER, I could. PEARL MIST was scheduled for dry dock over the holidays, and a last-minute change of schedule meant that to join SILVER WHISPER I had to fly out of Cienfuegos, Cuba to Miami to board the WHISPER in Ft. Lauderdale. Our good friend Todd Crowe agreed to take care of the final days of the coffee harvest and watch over our one remaining dog, Baru, so Nikki could join me.

The American flight from Cienfuegos to Miami was interesting. We were the only plane in the airport, but apparently American could not take off without first calling Miami to let them know we were taking off, so I guess they would know we were coming. Well the service was down for the crew US cell phones, so after sitting around and trying to get a signal, one passenger volunteered his Cuban cell phone so we could call Miami and take off. 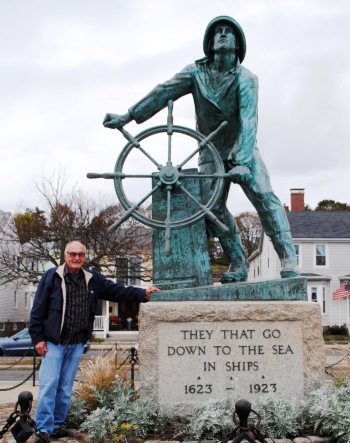 It’s been wonderful to see my wife again, and Nikki and I have had a great time on Silversea where we have a beautiful suite with a balcony. Today, New Year’s Day, is my one sea day with a “day off” … no lecture. But, as you can see “retirement” has been busy! It will be interesting to see what 2018 brings for all of us! So after all these tropical wanderings we’re off to the cold of Northern California and Seattle, then back home to Paradise. Some four months!

I wish you all a happy, safe, prosperous New Year!