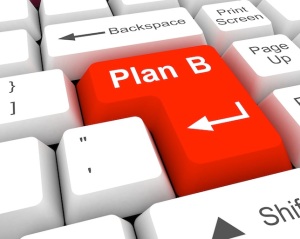 If you screw around and screw up you can get a “morning after pill” so why would you leave your future to chance and the whim of whatever politician comes into power?

There are thousands of Venezuelans living in Panama, mostly around Panama city, who were smart enough to see the writing on the wall and made a “Plan B” moving money and resources to the safety of Panama and it’s currency which is the US dollar.  Now, when Venezuela has clamped down on folks taking the money they earned out of the country, the folks who were smart enough to have a “Plan B” are enjoying a better life in Panama.  Most still pride themselves in being Venezuelan and hope, and pray, for the day when reason rules and they can return home … or maybe just stay in their new-found Panamanian paradise.

As Brazil seems to be making all the wrong moves more and more Brazilians are looking for a “Plan B” … and the same is true for Canadians, whose sliding dollar has made the move more costly now than it would have been earlier … and Europeans who watch their homelands sliding into chaos.

When we moved to Panama 12 years ago we moved everything.  I foresaw the time when the US government would more and more start treating my money as if it were their money and restricting individual freedom to move one’s own money, or so we thought, abroad.  I was right!  It’s much tougher now than it was 12 years ago.

Having a sensible “Plan B” that’s thought out and makes financial sense doesn’t mean that you are locked into that plan for the rest of your life.  You may choose to live in permanent exile, but you may just choose to live as an expat until conditions improve “back home.”  Nothing remains the same forever.  Things change.  The key is to grow with the change and have a plan so that you’re not making knee-jerk decisions.  Most of us are able to make financial, investment decisions based on analysis of what is the best investment and we can move from one investment to another as circumstances change, but a lot of times when it comes to running our lives we lock ourselves in and don’t realize we can change the ways in which we invest our lives and money and where we can get the best return.

Darwin said, “It is not the strongest of the species that survives, nor the most intelligent that survives. It is the one that is most adaptable to change.”